The camp located a kilometer from Dobiegniew was a phenomenon that has been somewhat forgotten today. A pity, because he was an example of the extraordinary strength of the nation's spirit.

Almost 7,000 people lived on 25 square kilometers. They were representatives of all social groups. They had different professions, beliefs, social, political and economic views. They were not going to wait passively for liberation. They wanted to act.

In addition to all these legal activities, the conspiracy also flourished. The prisoners underwent secret military training, contact was made with the General Headquarters of the Home Army, and a secret journal was published. The radio monitoring hidden in the shelter under the camp canteen played an extremely important role in the camp.

Dramatic scenes were mixed with beautiful scenes in Woldenberg. In order for the memory of this extraordinary camp to survive, this museum was created. You will see here postage stamps of the camp post office, sculptures, manuscripts and typescripts, photos, diplomas, orders from the Polish and German camp commandants, IDs, theatrical masks, everyday items and many other original exhibits from that period. 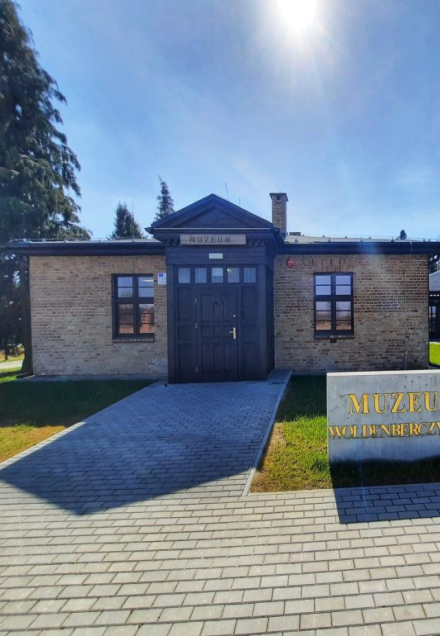