Monument to Władysław Jagiełło and the Market Square

The inhabitants themselves strived for the Jagiełło monument in Przeworsk. It was erected in 1910 to commemorate the 500th anniversary of the Battle of Grunwald. King Jagiełło granted Przeworsk city rights, thus leading to the dynamic development of the region.

It happened in 1393. In addition, the king granted the new city numerous privileges that could be envied by all the others. For example, there was a special market in the market every Monday. Merchants were exempted from fees payable to the owner of the castle, and local and foreign craftsmen were allowed complete freedom in selling their products, which was very difficult in other cities. Przeworsk was also exempted from the judicial jurisdiction and power of royal officials.

The center of the young city was surrounded by a rampart and a moat, and later by a wall with three defensive gates and five towers. Thanks to them, the brave townspeople repeatedly repelled the Tatar invasions at the beginning of the 16th century. The characteristic urban elements are the road network in the east-west directions, i.e. the so-called Ruthenian route, to the south (the Hungarian route) and to the north (the road to Sandomierz). There are also narrow streets and a spacious market square. On the other hand, the streets lead from the market square in exactly four directions of the world. The Town Hall was erected at the highest point of the market.

The Town Hall is one of the oldest preserved buildings. The first records of him date back to 1473. Initially, it had a slightly different form, the roof structure used to be a shingle roof with a wooden turret. After the reconstruction, the structure took the form of a mansard, and the roof was covered with carp tiles. A new, metal clock tower was also erected. 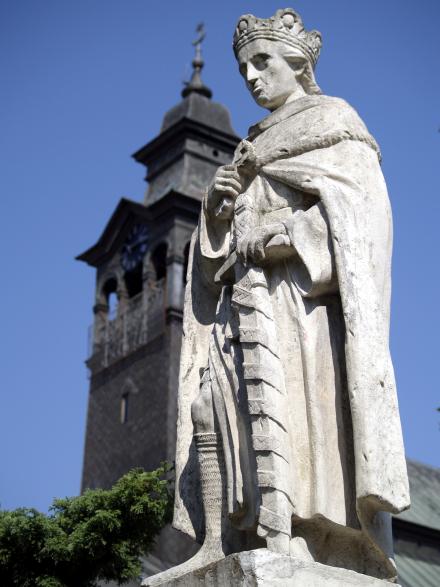