The castle was erected in place of the earlier, wooden and settlement where the princely riflemen were stationed, guarding the trade route running here. Hence the name of the city today. However, in order to enter the area of this ancient building, one had to pass the monumental gate.

The historic building located at Zamkowa Street is one of the few remaining elements of the old Renard family estate. Until recently, it was scary with its appearance, it has just been renovated. Visitors can finally admire its historical shape. The ornaments were recreated and the roof was renovated. Two stone figures in the niches on the sides of the gate were also renovated. These are the saints: Jan Nepomucen - the patron saint of misfortunes on bridges, and Florian - the patron saint of firefighters. Both late baroque sculptures were created in the 18th century.

That is why today, walking through the gate to the castle park, you can once again feel like a 19th-century count, admiring the craftsmanship of his gardener. And this - as the sources say - has been creating a dream park for its master for nearly 30 years!

One of the largest extensions was initiated by Count Andrzej Renard. During the renovation, which started in 1840, the west wing was enlarged and the plaster was laid. A castle tower and a large stable, i.e. a mastershouse, were also built. Thoroughbred horses bred in nearby Olszowa went to her. It was then that the aforementioned English-style park was established around the castle, which is still enchanting to this day. It has an area of ​​about 65 hectares and today it is home to white poplars, Douglas firs, white pine trees, white pines, Canadian Christmas trees, tulip trees and thorny holly trees. There is also the highest elm in Poland, measuring over 37 meters. In the park during the times of Count Renard, a pheasant house, an orangery, a pineapple house and a neoclassical temple in the style referring to the buildings of ancient Greece were also created.

Let us mention that in July 2021 the councilors adopted a resolution giving the city park of Strzelce the name of the Renardów Park. 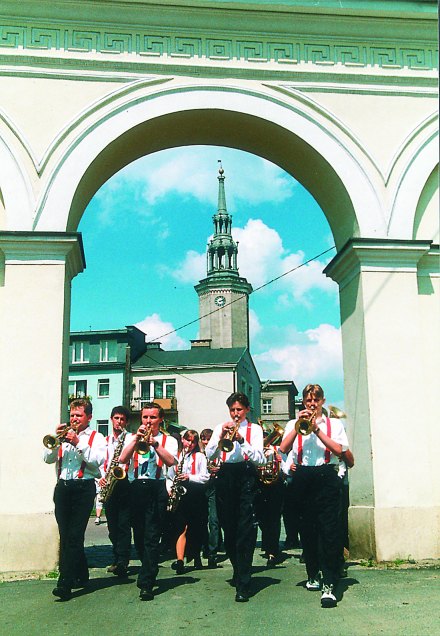