The first mentions of Strzelce Opolskie come from the 13th century, when the town was founded. It was most likely in 1281, during the reign of Władysław I of Opole. However, the first local town hall already existed in the 16th century.

It is visible on the earliest image of the city - a painting from 1536. Mentions about it can be found in the municipal urbarium, i.e. the census document. Interestingly, in the 17th and 18th centuries, a postal station for stagecoaches was located right next to the town hall. The seat of the shooting authorities was very often tormented by the element of fire. The building and the tower burst into flames, among others, in November 1754, when a dangerous fire raged throughout the city. Four years later, the town hall was lifted from the destruction after this tragedy. Another fire engulfed it in July 1826, and less than a year later, on June 18, 1827, the fire consumed it completely. The new town hall was built only in the years 1844-46 according to the plans of the builder Roch. It cost a trifle of 43 thousand thalers! The building was slightly rebuilt in 1911. Unfortunately, like most of the city, it did not survive the end of World War II ... In January 1945, the Russians leaving Strzelce burnt down most of the buildings, including the local castle and town hall. The last one you are looking at - neoclassical, three-story - was rebuilt only in the 1960s, following the pattern of old plans and engravings. A bronze shooter, referring to the city's name, stood here in 1929. Today, residents and tourists associate it with the city's Piast roots. On the other side of the square, there is a monument dedicated to the Victims of Wars and Violence, known as the Silesian Piet. 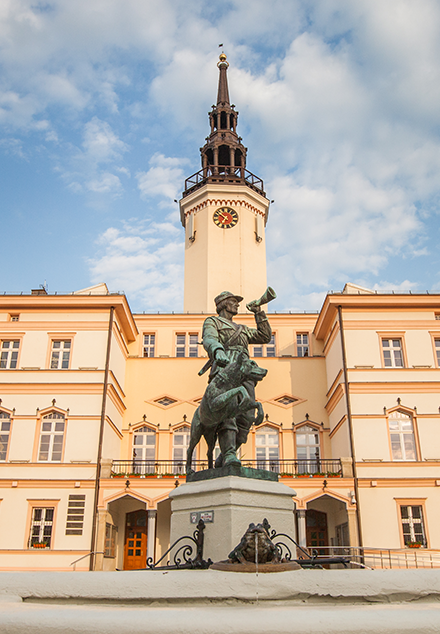 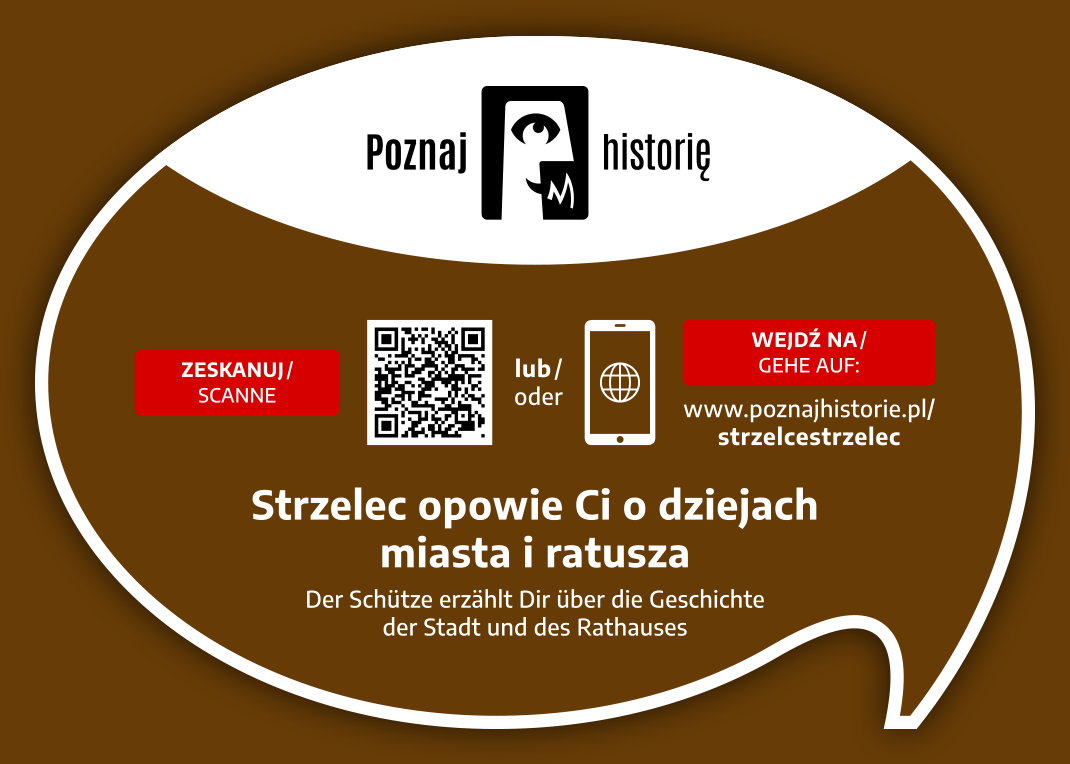