The tower is undoubtedly the most interesting preserved fragment of medieval fortifications. It can be safely said that it is a symbol of the city. It dates back to 1324, and gained its present shape in 1491. At that time, the prince's Podiebrad dynasty ruled here, which developed the city strongly.

In particular, it is related to the investments of Charles I. He left behind such monuments as defensive walls, a family epitaph in the parish church of St. George and the two-storey, square-plan, Gothic Paczkowska Gate. An interesting fact is that the gate appears in the novel by Andrzej Sapkowski entitled "Narrenturm". It was here that Pomurnik often stayed. It was a polymorph spy that could take the form of a bird. From the top of this gate he used to observe what was happening in the city.

Passing under the gate, we enter the old part of the city. Once surrounded by a high wall, the old town is a real jewel of Lower Silesia. As before, today it delights visitors with its medieval, intact urban layout and numerous monuments. It is worth mentioning, for example, the majestic church of St. George from the beginning of the 13th century, which is also the oldest of the preserved buildings in Ziębice, and the Museum of Household Equipment, unique in the country, which is located in the building of the town hall. 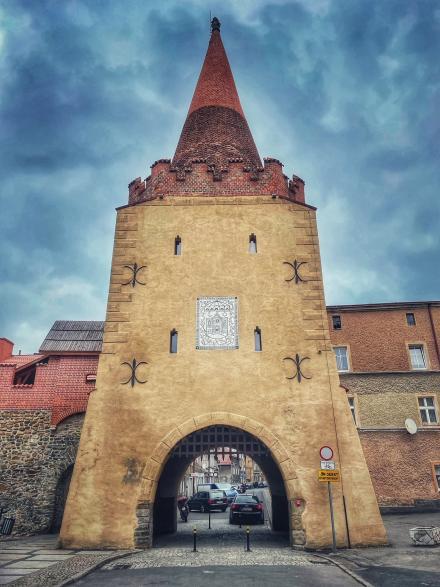