What binds Elsner to Grodków? It was here on June 1, 1769 that this outstanding composer was born. His house is still standing in Grodków. We can find it at today's Elsnera Street (formerly Löwenstrasse), right next to another gem of the city - the Lewińska Gate.

His father, though a carpenter by profession, was a harpist by passion. The mother was the daughter of an esteemed violin maker. No wonder that at the age of 13, Elsner wrote and performed his first song. Interestingly, the artist was of German origin and at first could not even speak Polish. However, the sequence of events made him fall in love with Poland.

The breakthrough was the stay in Lviv, where he stayed between 1792 and 1799. There he met Wojciech Bogusławski, the director of the Lviv theater. There he also married a Polish girl, Klara Abt, with whom he had a daughter. Under their influence, he began to learn Polish, which he later used successfully. He became fascinated with Polish culture and folk music. Elsner also composed and staged his first operas in Lviv.

He was brought to Poland by his friend, the aforementioned Bogusławski, who assumed the honorable position of the director of the national theater in the capital. Elsner's operas soon appeared in the repertoire. The Warsaw period was extremely important in the composer's life. His most important work in the field of promoting culture, however, was the establishment of the main music school in 1810. Elsner educated many outstanding composers there, headed by Fryderyk Szopen.

The monument was built in 1974. The initiative was taken up by craftsmen from Grodków. It is worth coming to Grodków for the Elsner Days, which the city lives on every year. At that time, you can meet many outstanding artists not only from Poland, but also from all over Europe. 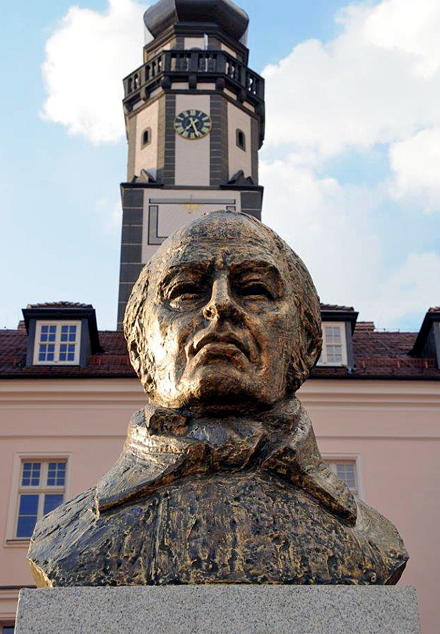