He found Poland wooden and left it bricked - these words are invariably associated with the activities of Casimir the Great. Silesia, however, had its builder, and he did it 70 years before our famous king! I am talking about Bolek and Świdnicki.

One of his works are the walls surrounding the center of Grodków. Bolko made the city a well-protected fortress. He started shortly after the city was founded, i.e. at the end of the 13th century. However, in the middle of the next century, Grodków had an efficient continuator - the bishop of Wrocław, Przecław from Pogorzela. He ordered the walls to be built up and strengthened. At that time, seven rectangular towers were built, and the fortifications were additionally reinforced with a moat, where today there are green belts running along the wall.

The fortifications of Grodków have been strengthened over the years. This was done by adapting the defenses to changing siege techniques. For example, in the times of the development of firearms, the perimeter of the walls was covered with a roof, and shooting holes for small firearms were pierced in the simple breast.

If you look at the city center from a bird's perspective, you will notice a characteristic ring of fortifications. It marked the border between the location center and the suburbs along trade routes. The ring has a regular shape similar to an oval.

The four gates that guarded the city were very important. They were set in four-sided gate towers or next to the towers in the curtains of the walls. These were: the Ziębice Gate at Warszawska Street from the west, the Lewińska Gate from the east at Józefa Elsnera Street, the now defunct Wrocław Gate from the north, and Nyska Gate from the south.

Grodków remains one of the few towns in Silesia where fortifications with towers are well preserved. To this day, the walls surround the city from the east, and their fragments are visible in the northern and southern parts. From the west, most of them have survived from the Ziębicka Gate at Warszawska Street, along the entire promenade to the south. 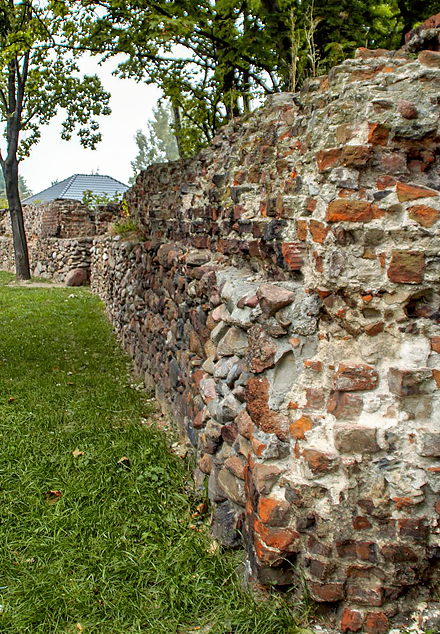