Lion in the Park

It was established in 1863 at the request of Eugeniusz Erdmann, the prince of Württemberg, the former owner of the Room, which was then called Carlsruhe. A commemorates his father - Eugeniusz Württemberg, cousin of the first king of Württemberg, Frederick I (the First).

Prince Eugeniusz Wirtemberski was a famous general of horse riding. He served in the Russian army and commanded the allied forces during the anti-Napoleonic campaign. He was famous for his great victory over the French troops in the Battle of Kulm, or Chlumec, in today's Czech Republic. This battle took place on August 30, 1813. The prince became famous in it as an excellent strategist and commander. But most of all, he was a great benefactor of this place.

Thanks to him, Peace - or rather Carlsruhe - became a beautiful corner of the world where culture flourished. It was he who rebuilt the town and gave it the status of a health resort where people were attracting people. He rebuilt the theater here and brought Carl Maria Weber - the famous composer, whom Fryderyk Chopin himself later admired. It was thanks to him that Weber lived, performed and created, which today is remembered every year during the festivals held here. Anyway - Prince Eugeniusz was not only a great patron of the arts and music lover, but also a creator. He himself composed the opera Die Geisterbraut.

The lion is a symbol of bravery and courage. The Sleeper also symbolizes the peace that reigned after the difficult times of the Napoleonic Wars in Europe. The prince was also brave, full of bravery, but at the same time calm, prudent and wisdom. The author of this sculpture is Teodor Kalide. His similar "sleeping lions" have survived in Bytom, Legnica and Berlin. 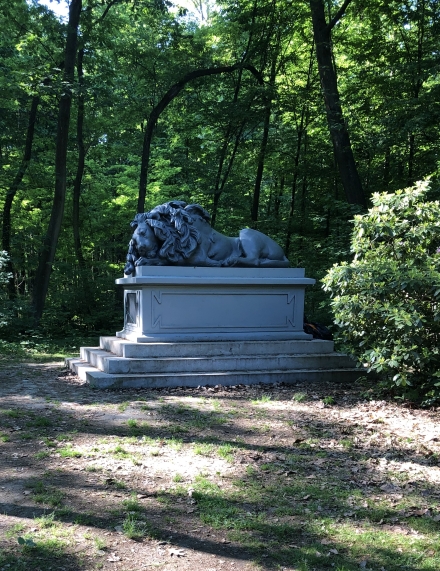 Lion in the Park 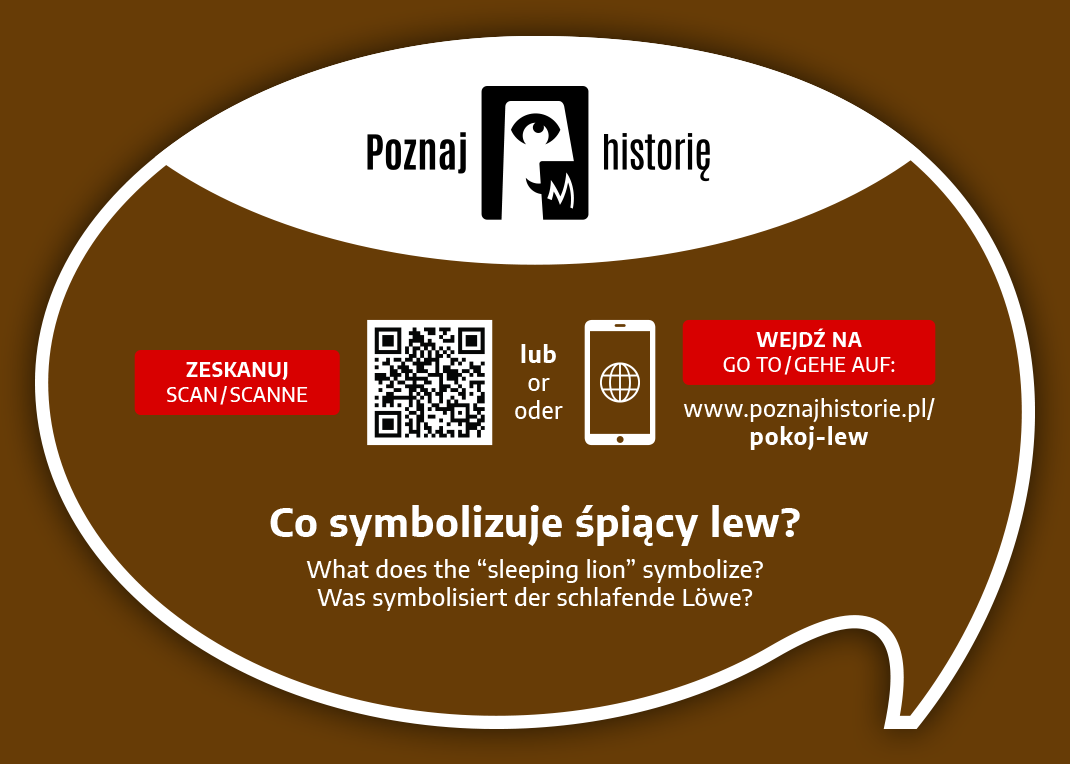