She was born in Krakow in 1909, but it was in Silesia that she settled and worked here. It is about Silesia - and not only - she wrote. It grew into its history and stayed here. Janina Podlodowska is the most famous poet of the Rybnik region.

"Earth of Coal" is the most famous poem of the poet in Rybnik. Its fragment is placed on the reverse of one of the city insignia - the chain of the Mayor of Rybnik. But this is not the only work by Janina Podlodowska devoted to Silesia or the toil of mining. In the song Górnikowi, the poet wrote about people threatened by "earth pulses", "shaking of the ceiling" or "trapped gas". Among other things, for these poems she was awarded the Golden Mining Lamp in 1990.
She was the daughter of actors: Władysław Bielenia and Helena Bieleń-Rozwadowska née Targosz. My father, a member of the Krakow artistic bohemia, participated, for example, in the legendary wedding of Lucjan Rydel with Jadwiga Mikołajczyk in Bronowice - the same one that inspired Stanisław Wyspiański to write a national drama.
The poet was awarded many times. She was also a laureate of the Epoka Publishing House, and in 1987 - for lifetime literary work - she received the Gustaw Morcinek award, with whom she had been friends for years.
She moved to Rybnik right after the war. From 1945 she worked here as a Polish teacher at the Pedagogical Secondary School and Secondary School No. 2. She brought up successive generations of Polish philologists who remember her to this day. She died on May 3, 1992. 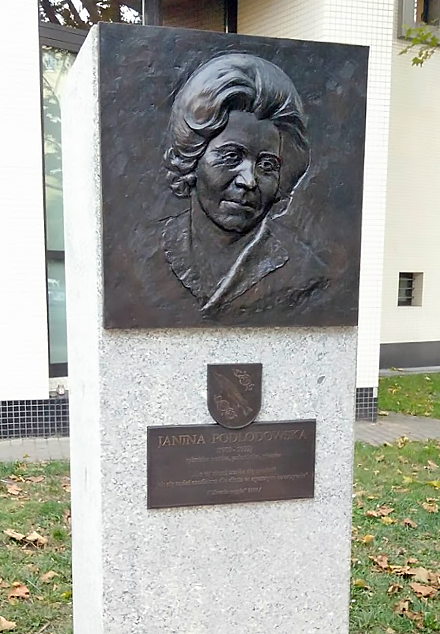