The most famous mayor of Rybnik. He started work at 6 am with a tour of his city. Along the way, he checked the condition of roads, pavements and elevations. When he found any deficiencies, he immediately set a deadline for repairs, usually by the end of the week. The inhabitants of Rybnik loved and respected their mayor for this care for the city and for their close relations with the inhabitants.

Władysław Weber moved to Rybnik in 1907. He took part in the 1st and 2nd Silesian Uprisings, and during the third, he was appointed the provisional mayor of the city. In 1921, he retained this position as a result of elections. It was during his reign that the new building of the City Hall was built at Bolesława Chrobrego Street, the house of the Polish Red Cross, several schools, squares, countless roads and the Fire Department. During his time, the plate of the Market Square in Rybnik was also renovated, Plac Wolności was rebuilt and the orders of Verbists and Ursulines were brought to the town. And the beautiful appearance of Rybnik was taken care of to such an extent that it became a laureate of a national competition and received the title of "the city of flowers and gardens".
Mayor Weber died in 1961, but he is remembered in Rybnik to this day. 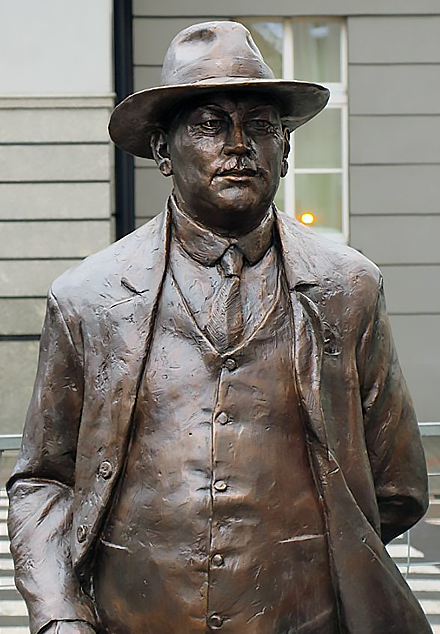