There is no self-respecting city in Poland without a legend! The heroine of the Czeladź legend is a witch. The story of the local witch is unfortunately firmly rooted in the tragic story of a widow who fell victim to human jealousy, envy and slander ...

That widow was Katarzyna Włodyczkowa and she lived in Podwale with five children. She was supposedly a wealthy woman, but quite quarrelsome and always in conflict with her neighbors. Although there are some who claim that these stories about her are not entirely true. Perhaps it was that a widowed, single mother was trying in this way - thanks to the strength of her character - to fight the whole world for her and her children's welfare.
For some reason, however, Włodyczkowa had a strong conflict with the then Landwójt of Czeladź, Bartłomiej Sojecki and the mayor of the city, Wojciech Żądliński. She conflicted with them to such an extent that they accused her of casting spells, believing in superstition and witchcraft - although Catherine was supposedly a devout Catholic and regularly attended church.
The final part was that Katarzyna was put on trial. Then, without actually presenting any evidence, they were sentenced to death and beheaded. The woman's sons appealed against the unjust sentence to the bishop's court and brought a complaint against the landowner and the mayor. The bishop commissioner investigating the case, after questioning the witnesses, did not find any evidence of witchcraft performed by Katarzyna Włodyczkowa. He even called her "innocently blamed" and sentenced for actions she had not committed. And to those who condemned her to death, he sentenced her to severe punishments by the verdict of November 10, 1741. 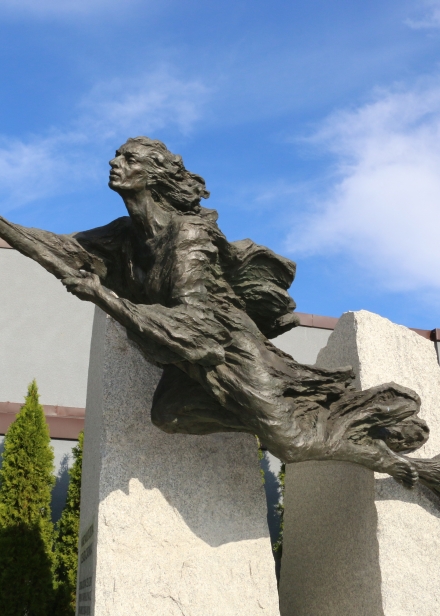