On June 24, 1819, the foundation stone was laid for the construction of the church in Ozmik. The architect of Da Vinci of his time - Karl Friedrich Schinkel.

Schinkel painted paintings that can be seen today, including at the Louvre, and also - like his great Italian predecessor - he created theatrical and opera decorations, frescoes and lithographs. And of course he designed: castles, palaces, residences of kings. His works stand today in many regions of Germany, Poland and Russia.
The church was built in less than two years. His architect was inspired by the achievements of many eras. However, neo-Roman and neo-Gothic features dominate. The interior of the church: an altar, a pulpit, windows, and choral posts - was cast in the nearby Ozimek smelter.
Only true belfry was missing to complete happiness of the parishioners. The goal was achieved only in 1858. The deep, strong sound of bells, which can still be heard today, is also due to the local metallurgists. Three steel bells were cast for use in 1922.
During World War II, the church was partially destroyed. Soon it was rebuilt in almost its original shape. May 9, 1988, but misfortune came. At night, the monument was set on fire, and the roof structure was completely burned. After renovation in October 1991, services were again held there. 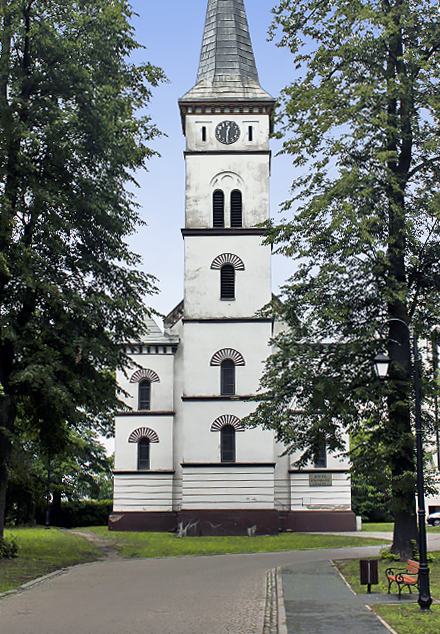