Ozimski suspension bridge is made entirely of iron. This makes it the oldest bridge in the world that still exists.

The bridge was designed by the royal steel inspector Karl Schottelius. Nearly 60 tons of iron castings and over 14 tons of steel were used for its construction. It was built by the royal Huta Malapane, founded in 1740. In the years 1798–1804, this Ozim plant created several bridges with a similar arched structure for cities such as Wrocław, Berlin, Potsdam and St. Petersburg.
A unique feature of the supporting structure of the bridge in Ozimek are monumental, cast iron pylons, placed on both sides of the river, through which the chains were hung. Each pole is a bevelled pyramid, made of four openwork plates screwed together. In those days similar solutions were extremely rarely used.
The iron chain suspension bridge was in Ozimek the only crossing over the Mała Panew river until 1938. Its designer calculated that the bridge's carrying capacity would be 3 tons, in fact it bore five times more.
It is thanks to the super-durable construction that the bridge survived more than a flood, the march of French troops, as well as both world wars. He passed the most difficult test on January 22, 1945, when a Soviet tank hit him. It survived but was seriously damaged.
Today, the beautifully renovated, cast-iron bridge in Ozimek is a monument on the world list of specially protected objects. 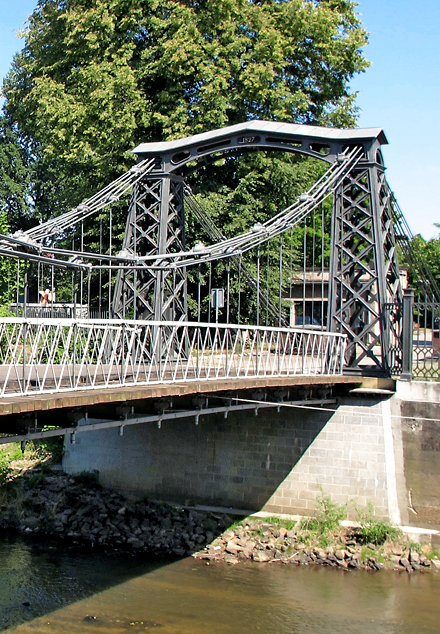 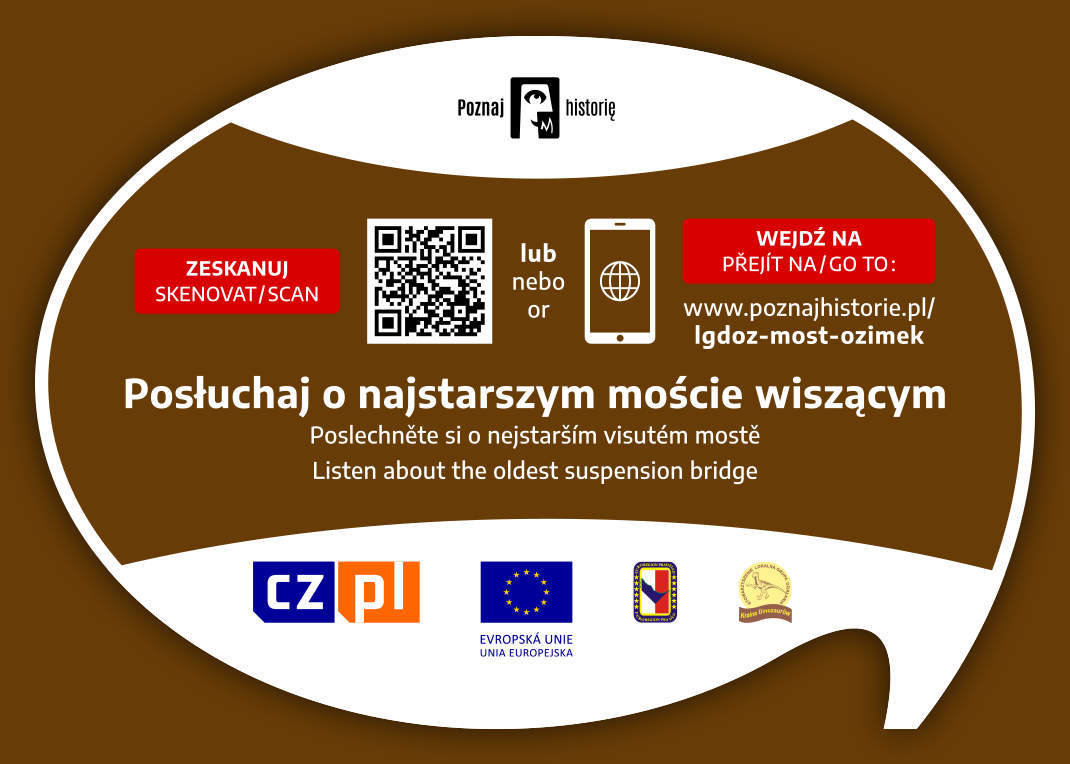