In the center of the nave there is the heart that catches the attention of everyone: the soaring and powerful late baroque high altar.

It was created in 1773-1774, on the occasion of a thorough renovation of the cathedral. Originally, it was attributed to Italian craftsmen. However, thanks to research, it is known that the altar is the work of the Moravian sculptor Wenzel Johann Bὂhm, made in stucco technique. On the other hand, the scene of Jesus 'crucifixion on Golgotha, with a giant crucifix dominating the whole composition, on which Jesus' tortured body was placed, was created over a hundred years later, in 1885, in Meyer's workshop in Munich.
Angels characteristic of the Baroque also surround the tabernacle on which, on a book with seven seals, the Paschal Lamb symbolizing Christ rested.
But what has the greatest value in the Opole cathedral, not only historical, but above all spiritual, which the composition and surroundings of the main altar refer to, are the relics of the Holy Cross. These are small particles of the holy tree on which God's Son died for people's sins. It is the Opole cathedral that owes its name and fame, and the city of Opole its coat of arms.
The cathedral parish dedicated to the Exaltation of the Holy Cross in Opole regularly enables the faithful to worship holy relics kept in Opole for nearly a thousand years. Every Friday, the reliquary is displayed on the altar during the morning mass. Similarly, on all Fridays of Lent during the Way of the Cross or during Lent Sunday Bitter regrets. 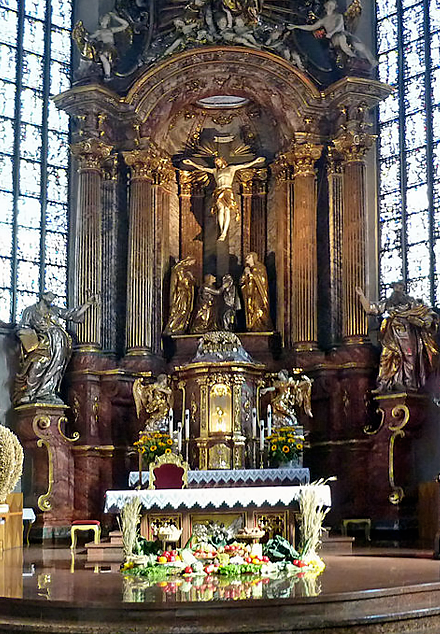 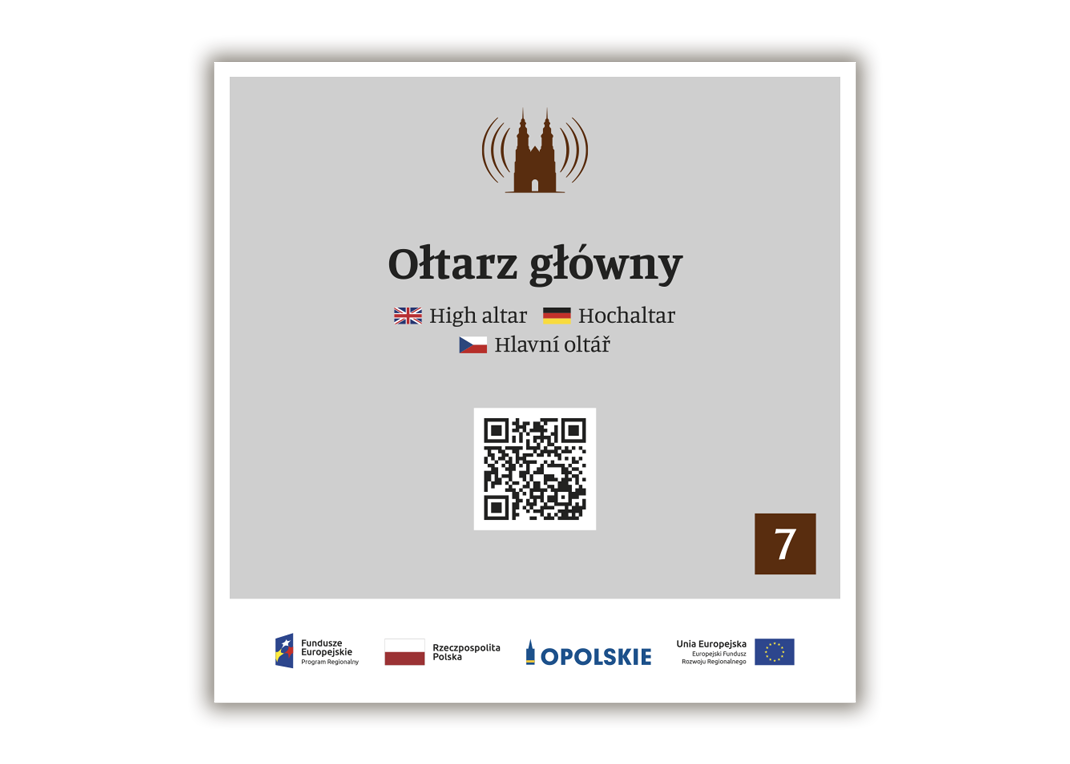