It is a project of Spanish architects from the Barozzi Veiga studio in Barcelona, who won the competition for the design of the building. They defeated as many as forty-three competitors in this competition. The building has been recognized in numerous competitions: the European Union award in the Contemporary Architecture Competition Mies van der Rohe 2015, i.e. the most important architectural award in Europe, the award of the President of the Republic of Poland for the Best Architecture in Poland, the Eurobuild Awards 2014 or the London competition Desings of the Year.

The building is completely white - it usually shines white at night to emphasize the purity and beauty of the music played inside. In turn, its form with many sloping roofs refers to soaring houses that can be seen in Hanseatic cities. Around it is neo-Gothic, and next to it is a white glass facade that can shine with different colors.

A pale shade of white means that no artistic events are taking place that day. Intense white is a signal that an event will take place that day. And on public holidays, our philharmonic hall is white and red.

The Symphony Hall, also known as the Solar Room or the Golden Room, has excellent acoustics thanks to the special geometry of the walls and ceilings. All its technical parameters: strength, evenness of sound, delay time and side reflection coefficient create conditions that are almost ideal for the sound. It is compared to the Musikverein concert hall in Vienna. It can accommodate 953 places. The musicians say about the chamber hall for 192 people: an acoustic pearl. The reverberation time is consistent with the planned reverberation time up to one hundredth of a second! It is called the Lunar Room because it has black walls and silver numbers on the armchairs and can be completely darkened.

The new philharmonic has been operating since 2014. the building was erected on the site of the pre-war Concert House, i.e. Konzerthaus, which was demolished in 1962 after the war damage. The Philharmonic Orchestra has existed in Szczecin for over 70 years. 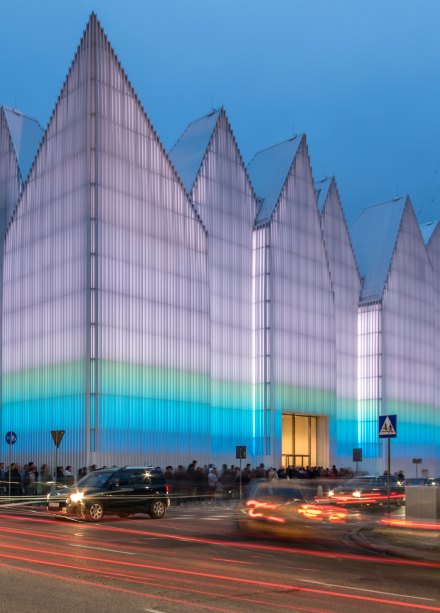 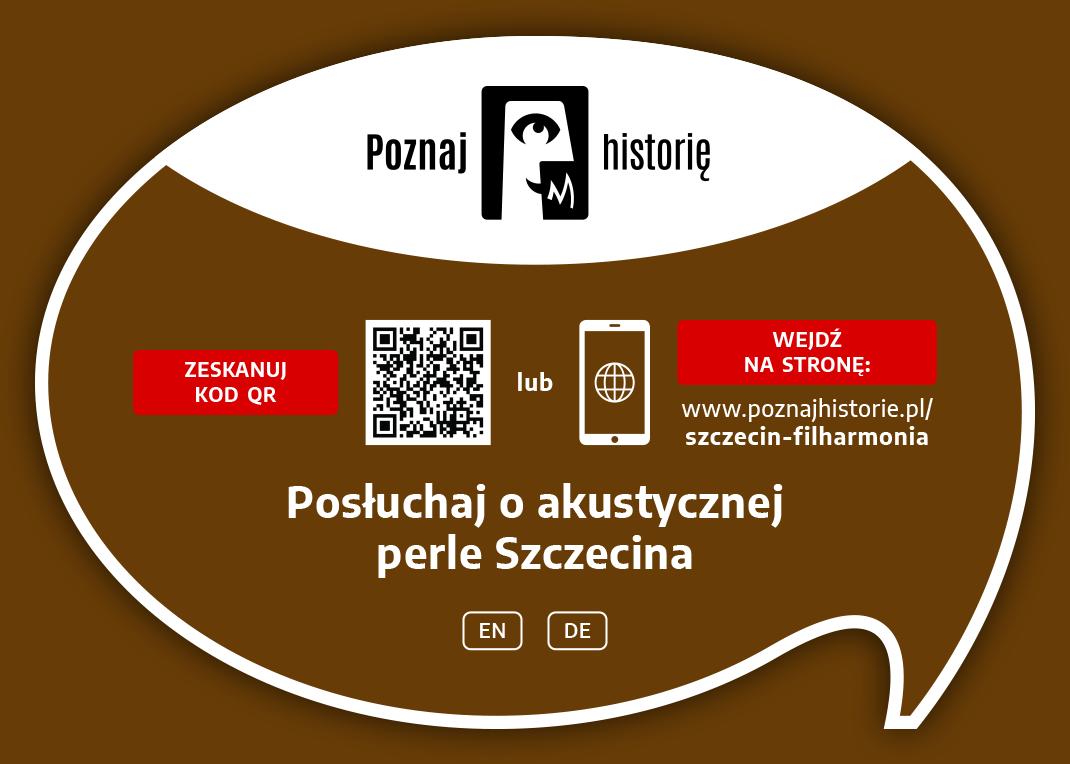