It is the first Polish implementation of the medieval Italian pattern of Campo Santo, i.e. the Holy Field. It means that the cemetery was located outside the city walls. Thus, the centuries-old tradition of burying the dead around the church was broken. In the 17th century, this was truly an extraordinary thing.

It was designed in the form of a quadrangle surrounded by a 2-meter wall, the walls of which became the site of tombstones commemorating the dead. In the middle of the 17th century, grave chapels began to be erected at the aforementioned wall. Over the years, the burial part has become overgrown with dense vegetation, creating an atmosphere resembling a Victorian novel.

There are three gates to its interior. The main entrance is in the south-eastern corner and leads to the oldest, seventeenth-century part of the necropolis. More than 170 17th and 18th-century epitaph plates were placed on the walls and chapels.

But the section of the Tomb Sculpture Lapidary is not only the old Evangelical cemetery. It is a historic complex of as many as three cemeteries: two evangelical and one Catholic, the youngest, because it was built in 1805. It is an open permanent exhibition, including, apart from the complex of tombstones and chapels from the 17th and 20th centuries, also old trees and a rich garment of vascular plants. 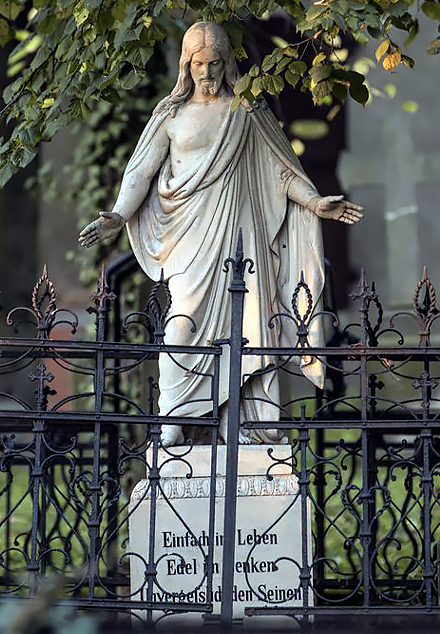