The wooden church built in 1759 is an example of unusual carpentry craftsmanship.

The founder of the church was the owner of Turawa lands and Zakrzów Anna Barbara von Löwencron. All her children, 13 of them, died very early, even before their mother's death. It is believed that she built a church so that God would give her grace.
The construction is made of wooden logs, it has two towers of different sizes. Both are topped with spherical shingled helmets. Inside, visitors are delighted by the Baroque-Classicist altar, the Gothic figure of the Virgin Mary with the Child from the 14th century, 19th century paintings and interesting ceiling polychromes made on the skin.
The beautiful Baroque baptismal font from the 18th century is also eye-catching. The sacristy adjoins the presbytery from the north. From the outside, it catches the eye because it is made of brick. It was probably bricked up later on from wooden parts, or its framework was built in time.
Today, the historic church stands firmly on the edge of arable fields, surrounded by centuries-old trees and old graves. It plays the role of a cemetery church. In 2009, parishioners loudly celebrated its 250th anniversary. 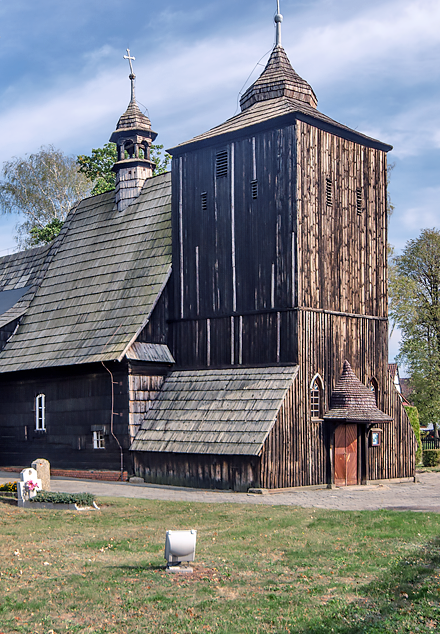 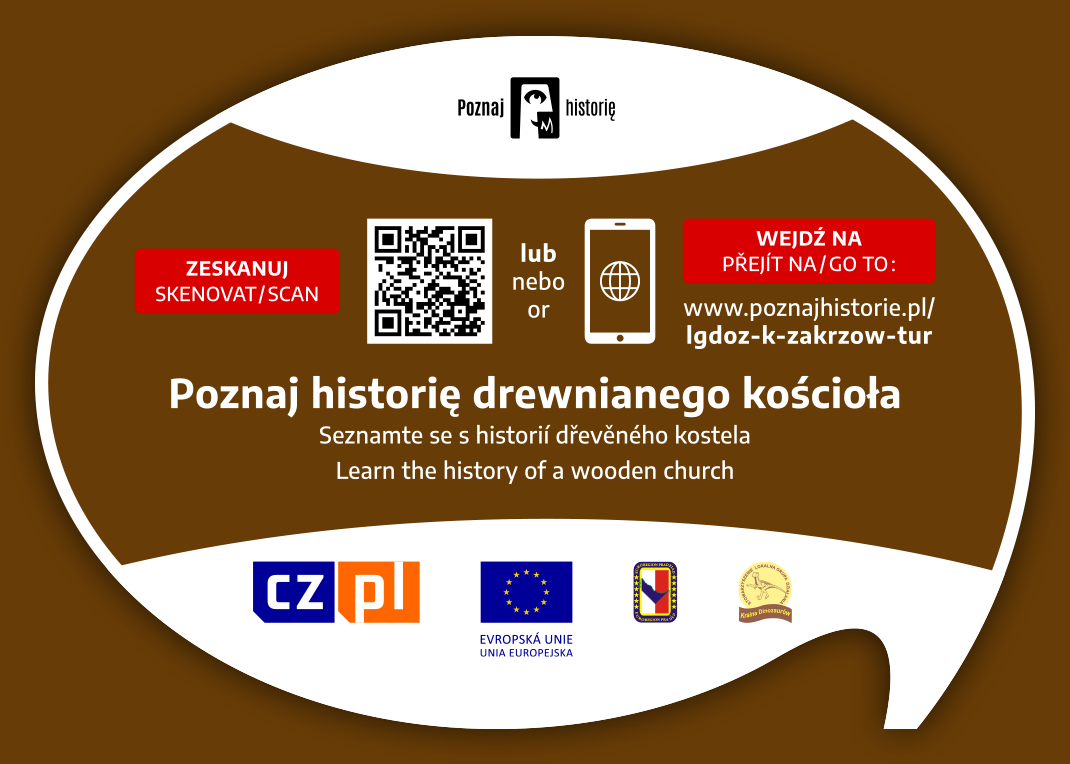