Elegant Silesian sandstone and clinker brick on the facade. In addition, tasteful columns made of Swedish granite and an impressive balcony. And inside, stuccoes, carved paneling and royal polychromes! August Lentz built himself a house worthy of his high position.

The residence was designed by a young architect, Max Drechlser, educated in Leipzig. And for the construction and finishing, the best local and Berlin construction companies, artists and craftsmen were employed. There was no shortage of money here.

To this day, it is one of the most architecturally beautiful monuments in Szczecin. One of the sharks of the nineteenth-century Szczecin financiers - August Lentz, built it in the Pompeian style of the "second empire". In addition, he did it in the newly created, prestigious villa district, completely overshadowing the neighbors.

Lentz was a successful man who achieved everything he had thanks to his skill and diligence. He started out as a simple mechanic in the Zander plant, and rose to the position of a shareholder, director and actual creator of the power of Szczecińska Fabryka Wyrobów Szamotowych. He moved into the stunning villa with his family - his wife and then still unmarried daughter Margareta - in 1890.

In 1899 it became the property of Lentz's daughter - Margaret Tegeder, who married a Berlin musician and rentier - Georg Tegeder. In 1911, the villa was bought by Wilhelm Doring, a grain merchant from Szczecin, owner of a cement plant and art collector. It was he who, during a major renovation, arranged a modern bathroom here, installed central heating and even a central vacuum cleaner! In the basement, he had a treasury for valuables and works of art built.

Today, meetings, exhibitions, concerts and performances are held here in the setting of beautiful interiors that have been restored to their splendor. It is worth spending some time in Lentz's villa and feeling the atmosphere from the era of its first owner. It can also be visited - not only during these events - at designated times. 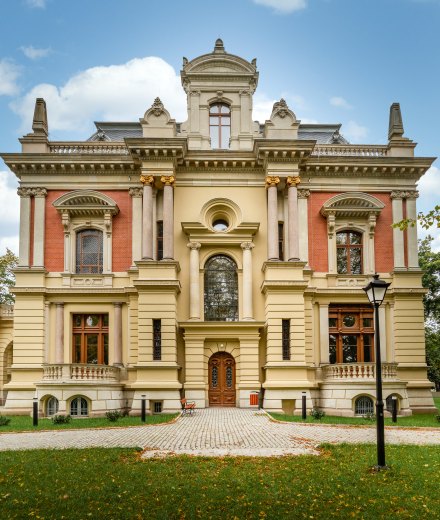 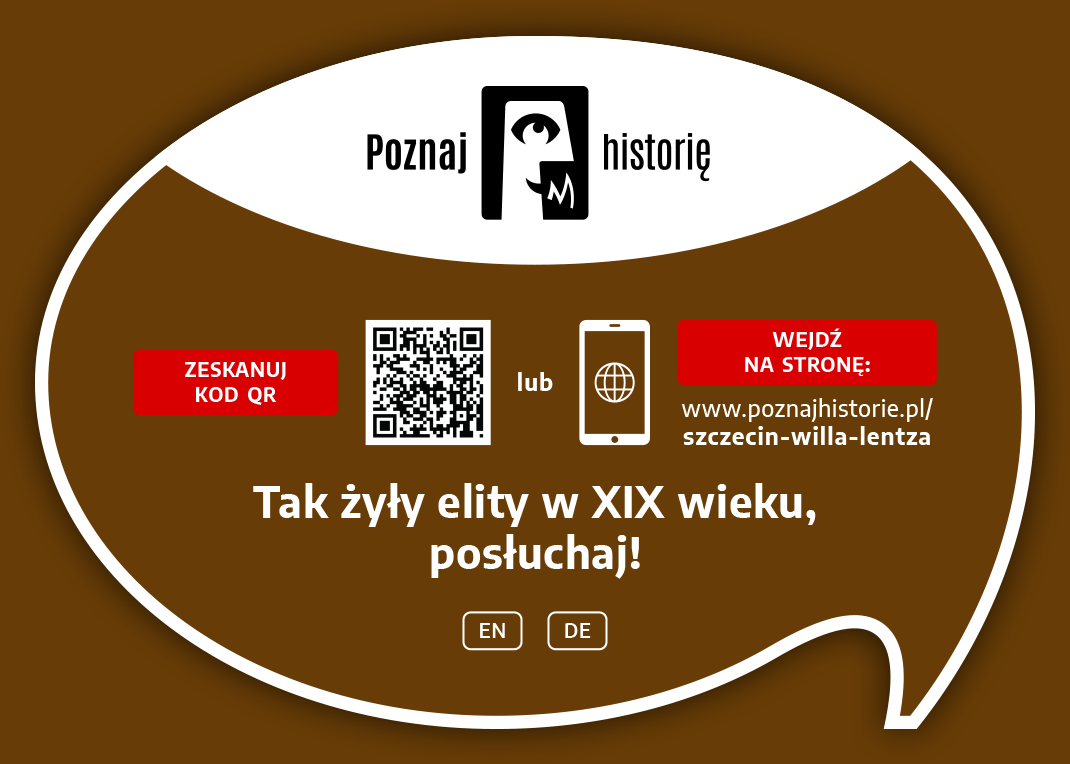